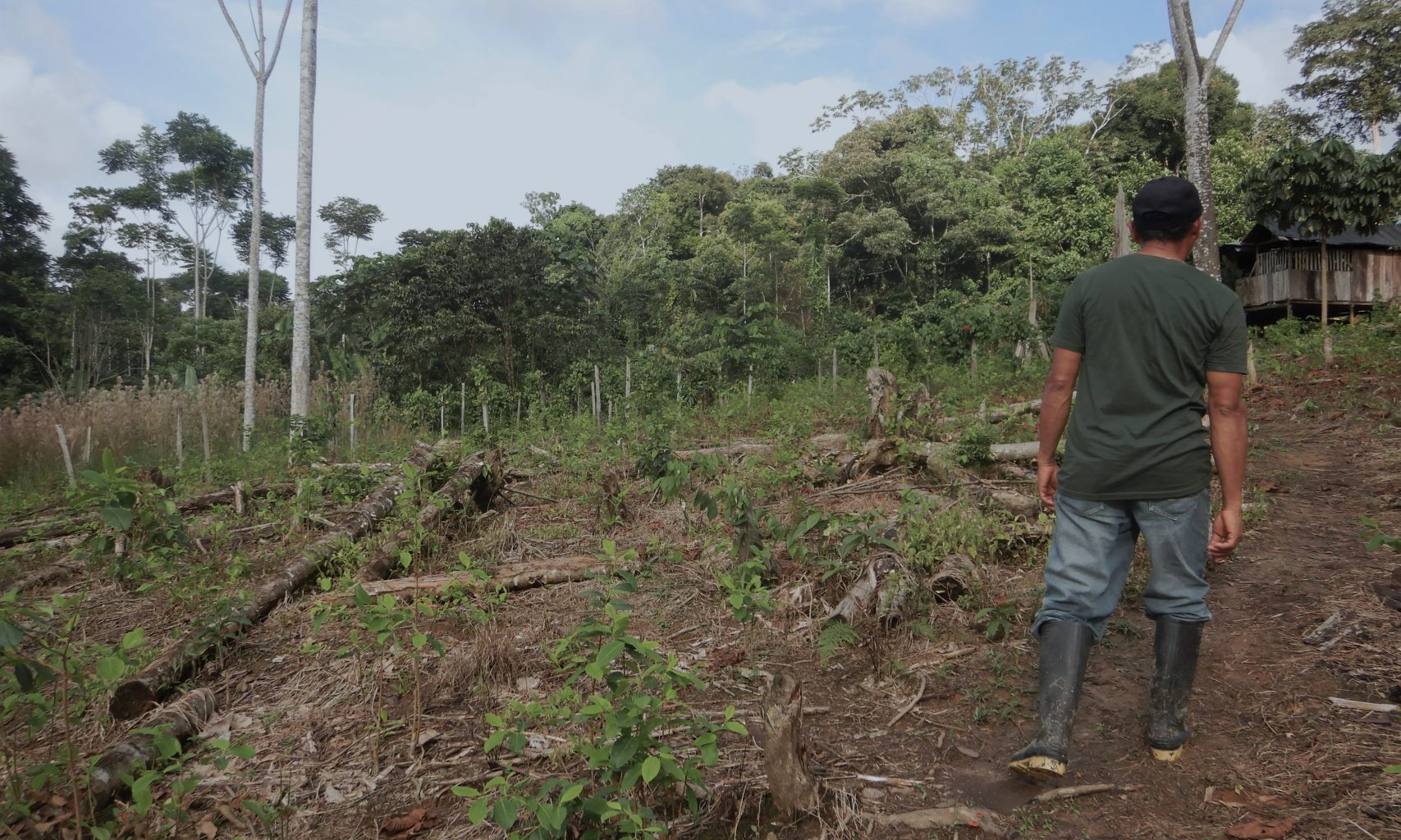 The original article was published in Spanish in El Espectador on 9 May 2020.

In 2017, more than 2,800 families in Puerto Asís uprooted their coca bushes under the national illicit crop substitution programme (PNIS), that was created as part of the 2016 peace agreement between the Colombian Government and the country’s oldest and largest armed insurgent group FARC-EP.

Last October, these families received the last of a series of cash payments that were supposed to temporarily compensate the loss of income they endured as a result of the voluntary eradication of their coca crops.

At least that is the situation of the ‘fortunate’. Many never received these payments or received only part what was promised. These payments have long since ended and the substitution projects have not yet begun. What are they living on now? ‘Miracles’, some reply.

The peasant farmers of Puerto Asís survive each day however they can. Many have been forced to sell their cattle and other assets they had acquired with their coca incomes. Some try to sell other produce from their farms, such as black pepper, but it’s difficult to find buyers and those they find offer very low prices.

In the case of plantain, after transport costs and the cut taken by intermediaries, farmers are typically left with a meagre $3,000 pesos (circa 0.60 UK pence) for each bunch, and each plant produces just one bunch at a time. The list could go on. Under current conditions, most ‘alternatives’ to coca do not offer viable livelihoods for one reason or another.

Meanwhile, PNIS is moving forward at a turtle’s pace. The food security component of the programme, which seeks to boost subsistence farming, has only just begun – the technical assistants have been visiting farms, but they haven’t yet supplied any materials or inputs.

More worrying still, the Government has not provided a start date for the commercial ‘productive projects’ that are supposed to replace coca incomes in the long-run. Apparently, it has not even allocated funding for this yet.

When agrarian leaders ask about the delay, they are told ‘there’s no money’. In other words, the substitution component of the programme, the most important of all, has not commenced and is underfunded. ‘Why do they have money to fumigate and forcibly eradicate but not for the productive projects?’ – the farmers ask rhetorically.

Some 40 families are no longer even waiting for the productive projects because they were expelled from the programme. Another 590 have been suspended and remain in limbo, unsure if the Government will reinstate their registration or not.

There are a few who signed a PNIS contract with the Government, eradicated their coca, and were later suspended because the UNODC didn’t verify the eradication – allegedly because there were too few enrolled in the area to justify visiting it.

Some were suspended because they accidentally overlooked one of their bushes during the eradication. ‘What am I going to do with a single bush?’ – another rhetorical question.

Others were in hospital or couldn’t attend the verification visit for one reason or another. They send letters to Bogotá, offering explanations and evidence, but most don’t get a reply. They repeat their complaints in meetings, but little changes.

There are those who say that the Government is deliberately trying to ‘tire’ as many farmers as possible, reduce the number of programme participants by exhausting them with bureaucratic obstacles.

The thousands who uprooted their coca were left adrift, without an income to pay for food, healthcare, their children’s education, and other necessities. The people of Puerto Asís have sacrificed a lot.

Community leaders have even risked their lives, struggling for the programme’s success. Sadly, the Government has not reciprocated this level of effort. So far, it has not fulfilled its side of the agreement. And so, there is a serious risk that people will see no other option but to replant coca.

Social organisations in Colombia have long demanded gradual voluntary substitution to avoid precisely this type of situation. Experiences in other parts of the world suggest that graduality is key to ensuring illicit crop eradication is sustainable. Some drug policy experts call it ‘proper sequencing’. As explained in a publication by the German development agency GIZ: Alternative development ‘should not be made conditional on prior drug crop eradication’ and if ‘drug crops are eradicated, alternatives need to be in place beforehand in order not to deprive farmers of their livelihood’.

While the Government claims it is implementing regional Development Plans with a Territorial Focus (PDET), which are supposed to complement the PNIS, in the case of Putumayo, this plan seems to exist only on paper.

Social leaders from Puerto Asís also claim that the proposals elaborated at the community level were not incorporated into the final PDET document. In other words, the Integral Community and Municipal Plans for Substitution and Alternative Development (PISDA), which include proposals for things like tertiary road construction or improvement, ‘disappeared’ from the PDET.

Many rural subdistricts in Puerto Asís still do not have running water (aqueduct services) to wash their produce and comply with certain hygiene standards, for example. They still lack electricity for processing/transforming or refrigerating produce. And they still lack roads or other means to transport bulky goods out of the rural subdistricts they live in.

Even if the Government moves forward with the productive projects component of PNIS, all of this remains an obstacle to alternative development.

The peasant delegates that form part of the Municipal Commission for Participatory Planning (CMPP) and the Territorial Advisory Council have tried to dialogue with the representatives of different State entities.

Sometimes, no one from the Government attends the CMPP meetings, as happened in December 2019. On other occasions, the central Government sends functionaries without decision making power.

The farmers’ patience begins to wear thin. They have shown a strong will for change, but the lack of answers is making them weary. That is why so many say that ‘if coca makes a comeback in Puerto Asís, the Government will only have itself to blame’.