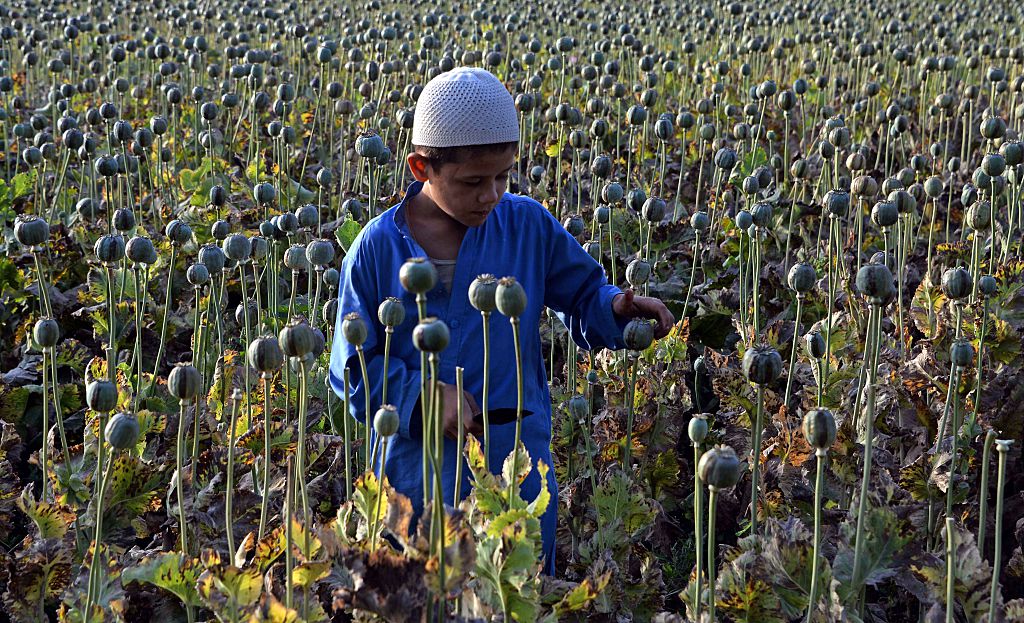 When some of the world’s poorest people are denied basic rights such as land, access to credit and social protection, it is no surprise they turn to cultivating illicit crops in order to survive, but it’s a mistake when they are criminalised.

According to the latest estimates, the global value of the illicit drug market could be between $300 and $600billion a year. Globally, opium production has doubled since the turn of the century. The UN has emphasised that the production of opium and manufacture of cocaine today are ‘at the highest levels ever recorded’.

By any measure, this is a failure of decades of counter narcotic policy. Responses to drugs have varied, from those that seek alternative development, harm reduction to the extreme measures of the ‘war on drugs’.

The two pillars of the ‘war on drugs’ – the eradication of illicit crops and the militarisation of the fight against drug gangs – have both been a disaster.

Crop eradication has led to deforestation and people losing their homes, while doing little to reduce cultivation levels. Aerial fumigation – the spraying of carcinogenic chemicals on illicit crops – has damaged people’s health and their environment. And the use of the military in law enforcement operations has led to egregious human rights abuses.

There have been an estimated 27,000 extrajudicial killings in the Philippines related to President Duterte’s war on drugs. In 33 jurisdictions globally, drugs users are executed. In Colombia in 2017 and 2018, 47 members of a peasant farmers’ movement – which gives cultivators of illicit crops a voice – their activism in promoting more humane public policies on illicit crops.

The continuing militarisation of the ‘war on drugs’ has translated into a sustained and often devastating attack on human rights from displacement of land, access to health and livelihoods, to killings.

Some of the principal victims of this ‘war and drugs’ are the poor communities that live on the margins and the borderlands of countries such as Afghanistan, Colombia and Myanmar. These are neglected and marginalised areas where violence, fragility and displacement are rife. Communities in these regions lack access to the bare essentials and are struggling to build peace after decades of war. It is perhaps no accident that in Afghanistan, Colombia and Myanmar, illicit drug cultivation has continued to grow even after the signing of ceasefires and peace agreements.

While these communities face violence and coercion, they are not simply victims. They have agency and are often forced to find unorthodox ways to survive. Often they turn to illicit drug economies because it might their only solution. These economies can provide them with an income, employment and protection amid violence, insecurity and poverty.

Efforts to move away from the militarised approach inherent in the ‘war on drugs’ are welcome. However, to date, the evidence base to support such reforms remains weak. There is a prevailing tendency in practice to view illicit crop economies primarily through a narrow law enforcement lens.

A much more comprehensive development and peacebuilding approach is needed. Firstly, we need to recognise that people need to survive, and if this means cultivating illicit crops, this is what they will do in the absence of state support, lack of access to credit, lack of access to land and the absence of social protection. They should not be treated as criminals for trying to survive.

The Sustainable Development Goals, the globally agreed framework to create a better world, provide a unique mandate for addressing this blind spot of dealing with the issue drugs. The failure to date to fully understand the wider role of drug economies has real-life consequences for ordinary people – in different ways for men and women.

Secondly, states need to recognise the true impact of illicit economies and their role in development and peacebuilding when addressing the SDGs. This would encourage a radical shift away from the counterproductive policies that have historically defined their relationship to illicit drug economies.

Thirdly, if the aim of counter-narcotics policy is to reduce people’s reliance on illicit crops and create peaceful transitions from armed conflict, the criteria of success should not be metrics like ‘reduction in hectares cultivated’ or ‘kilograms of drugs seized’. They should be measures of economic development, access to public services, poverty reduction, respect for human rights, levels of human security, confidence in the state, and access to meaningful employment.

Finally, rather than seeing illicit economies as problems to be solved by law enforcement operations, peace agreements need to deliver more than an end to fighting, they need to comprehensively address the marginalisation and exclusion of those in borderlands and provide people with secure land tenure, access to public services, and alternative economic opportunities to address the factors that attract poor subsistence farmers to illicit activities in the first place.

Solutions to transforming economies of war to economies of peace have to include people in marginalised territories and solutions should be built by those that understand the problem best.