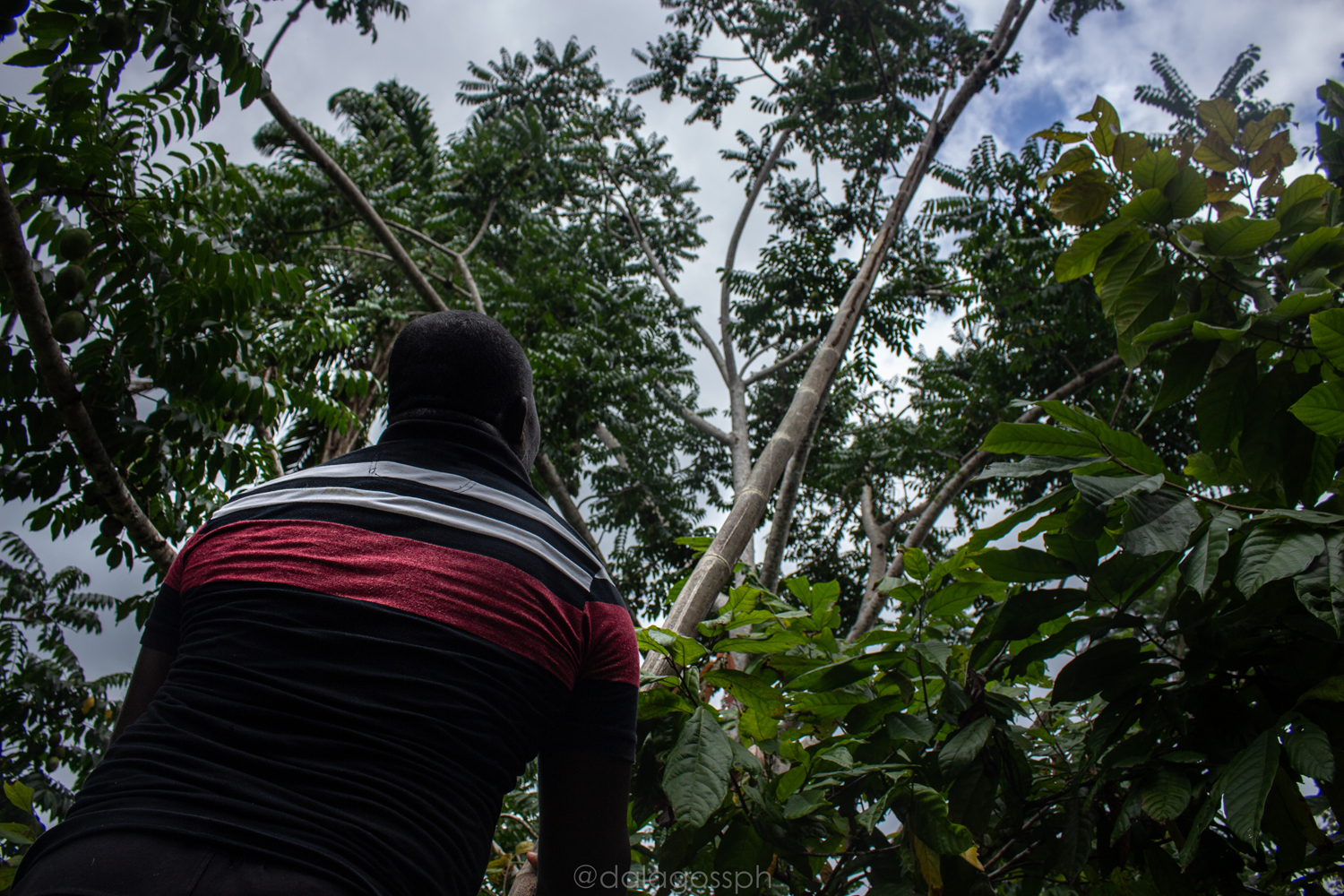 In this area of Tumaco, characterised by its coconut production, the programme has seen serious delays. As well as the common problems (delayed payments, suspensions, etc), these beneficiaries never received resources from the food security project, nor were they provided with technical assistance.

In 2019, we met Alirio*, one of the leaders of this community council, who explained to us the very difficult situation the people in his rural division are living in.

The people who live in this area of Tumaco have traditionally cultivated coconuts and cacao. They hoped with the programme to be able to support and strengthen this production, and create sales agreements for their produce. “Coconuts are very profitable”, Alirio tells us.

Audio translation
Question: What did you think you’d be able to grow with the help of the programme?
Alirio: Here, more than anything people are focused on coconuts and cacao. But mainly coconuts. If you pick anyone here and ask them, “What do you want to grow here?”, the first thing they’ll say is coconuts. Because coconut is a very profitable crop. Even though it takes five or six years to get up and running, it’s a profitable crop.

As part of our visit that day, we saw non-contaminated water sources, which are used by the inhabitants of this rural division for drinking water and for work purposes. However, there isn’t an aqueduct in the region. “As part of the programme there was talk of channelling water, but it hasn’t been brought up since”.

According to the programme’s outline, the topics of infrastructure in rural areas and access to public services were to be outlined in plans known as PISDA (Comprehensive Substitution and Alternative Development Plans). During its implementation, the PISDA were absorbed by the PDET (Territorially Focused Development Plans). When we asked Alirio about PDET, he told us angrily that “the PDET didn’t consult us, they proposed a health centre and they only spoke to the mayor’s office”.

“These villages have always wanted to substitute coca”,

In 2013, there was an opportunity to take part in a substitution programme. Alirio explains that the great majority of families were set on substituting coca, but the programme never reached this area because it was a red zone.

Although some time has passed since the last fumigation, the inhabitants here are suffering from the consequences of glyphosate use: deterioration to their lands and to crops from their subsistence farms. Therefore, in light of the Duque administration’s insistence upon the continuation of fumigations, Aliria makes a convincing affirmation: “If they (the government) fumigate today, people will start planting the very next day”.

Audio translation
“Fumigation has done a lot of harm here. There was a time when people here were left with nothing, no bananas, no cacao, no coconut, no cassava, no nothing, because fumigation did away with all that. So, at least now, the main objective of the strike was to denounce glyphosate fumigation. People don’t want to know about the consequences caused by the fumigation. The government has to understand that people are willing to do the substitution, because the alternative is: if they fumigate today, people will start growing [coca] the very next day.”

Alirio’s rural division and the other territories in Tumaco have the potential to transform their economies. Not only coconuts, but cacao could also become a good alternative.

Audio translation
“These are all cacao farms, there is a lot of cacao here, although people … people are disillusioned more than anything by the prices, they’re very unstable here in Tumaco. This is also something that needs to be addressed.

During this visit we discovered a variety of fruits and native crops —ciruelos, custard apples, the aromatic plants chiyangua and chirarán— that lack the means of their transportation and commercialisation and end up rotting on the farmers’ land.

Faced with the failure to fulfil the PNIS agreement, the families linked to the programme have had to turn to their own resources. “Some get a daily wage, others farm coconuts, but the coconut crops are dying, here people are really worried”, Alirio tells us. It has been over two years since the families eradicated their coca, and like the title of this feature, they are all asking the government: “and now what?”

*Names have been changed to protect anonymity