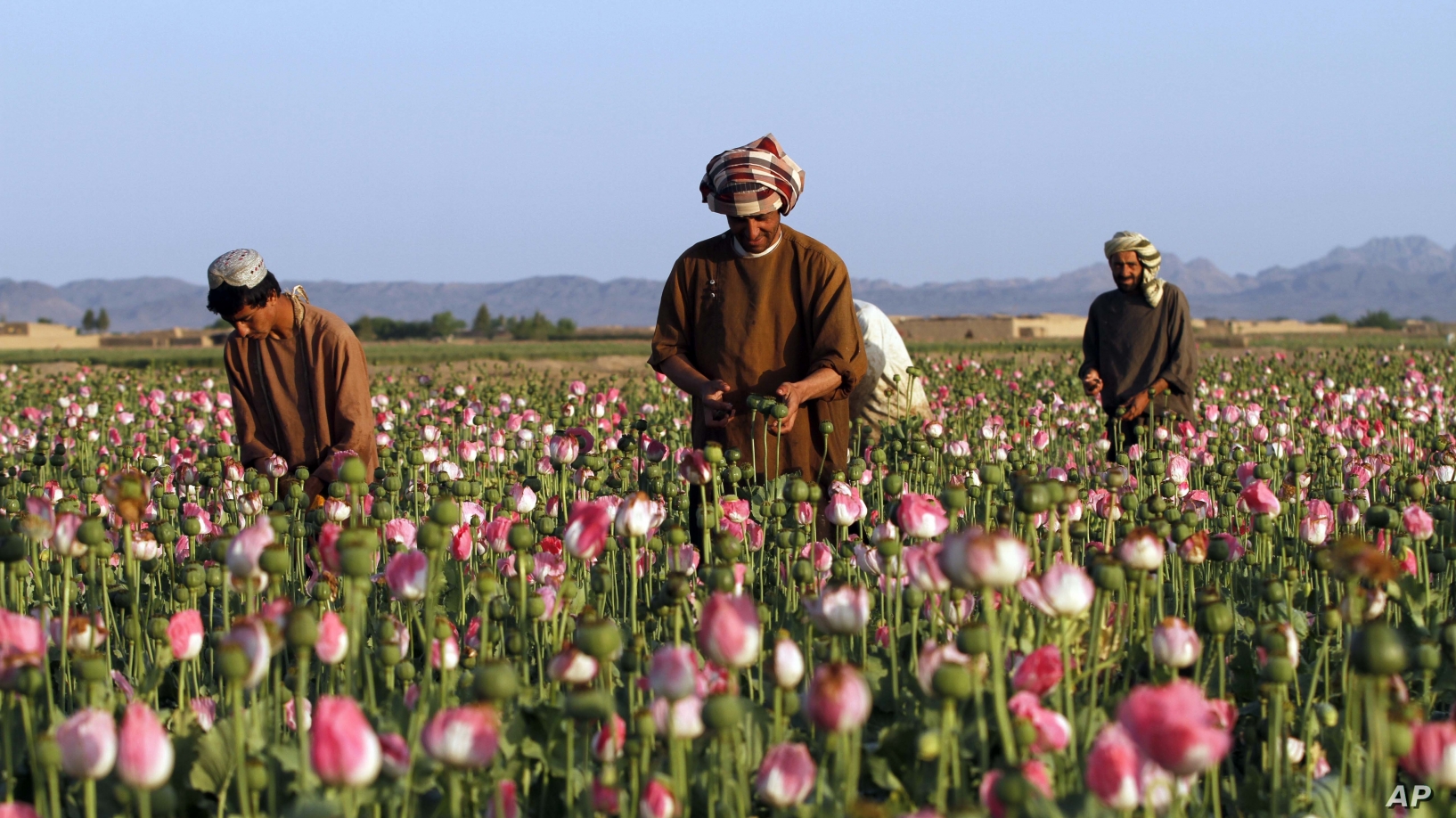 It has become a truism amongst policymakers that transitions from war to peace involve a shift from illicit to licit activities. Once the guns fall silent, unruly borderland regions no longer have a comparative advantage in illegality and violence, and should become investment hubs for productive and licit activities.

But in Afghanistan, Colombia and Myanmar – three of the world’s biggest drug cultivators – production has continued to grow following the signing of ceasefire and peace agreements.

Illicit drug economies flourish in the borderland regions – where there’s weaker state presence and easy-access to lucrative foreign markets. And home to some of the poorest and most vulnerable communities, borderlands often become marginalised hotspots of persistent conflict and poverty, even after ‘peace.’

While the borderlands lie at the margins of the country, we believe that they are central to the processes that generate war and peace. And what happens in the borderlands is fundamentally shaping and reshaping the centre.

Here are a few of the issues and perspectives emerging from our early research on building peacetime economies in the aftermath of war that demonstrate the importance of borderlands, and that we hope to develop and explore over the next three years.

Historically, the borderlands have been characterised as ‘unruly’ regions where the population seeks to evade or resist the central state – see for example James Scott’s ‘The art of not being governed.’ These regions are represented as background and problematic areas that are frequently marginalised or left out of the debates about drug policy reform and peace transitions. There is a dominant narrative that views the extension of the central state’s footprint into ‘unruly borderlands’ as a pacifying and developmental dynamic. But the reality is far more complex.

Take for example the Colombian department of Putumayo on the Ecuador border. Government drug substitution programmes are actually impoverishing families for whom coca has been central to the local economy for decades. There are barriers to enter new legal economies, such as licenses to grow particular cash crops, or lack of infrastructure to get goods to markets. People are trapped in coca production – there simply aren’t viable alternatives.

In fact, what’s emerging from our research is that there is nothing inherently rebellious or anti-state about the borderlands. They do want the state to govern them, but they want a stake in negotiating the terms of that governance.

The borderlands have demonstrated remarkable creativity and adaptability

The borderlands are often seen as lagging behind the rest of the country. But this is far from true.

Borderlands have demonstrated remarkable creativity and adaptability in surviving, and sometimes thriving, in risk and uncertainty – especially those involved in drug economies.

In Afghanistan, communities in frontier zones such as the Shegnan and Ishkashim districts of Badahkshan turned to the drug economy in the 1990s as a means to cope with political disorder after the collapse of the Soviet-backed Communist government. These marginal territories transformed into important opium cultivation and trafficking hubs, shaping political dynamics both within and beyond the province.

In fact, across Afghanistan’s diverse border regions, we see many examples of experimentation, adaptability and the transfer of know how, technology, improved seeds and credit instruments, all related to the dynamics of the opium economy.

The fact that illicit drug production in Afghanistan, Colombia and Myanmar has continued to grow following the signing of ceasefire and peace agreements – and in spite of large infusions of donor funding and government development programmes – suggests a far more complex and context specific relationship between illicit economies, development and transitions from war to peace than commonly thought.

Take for example, the eastern borderlands of Myanmar, Shan State. The region has a long history of poppy production and armed conflict. In recent years, ceasefires between the government and ethnic armed organisations have paved the way for new licit economies – such as logging, mining, agriculture, road and dam building and increased cross-border trade with China and Thailand.

However, the inequalities underpinning these new economies have pushed some people back into illicit activities. For example, processes of violent dispossession, including land grabs, leave many poor rural communities with few economic options beyond cultivating opium or migrating across the country’s borders.

In some respects, poppy cultivation is a form of resistance to exclusionary development processes. Also, where opium bans were enforced under the ceasefires, rural populations experienced severe food shortages and worsening poverty.

‘Drugs and (dis)order: building peacetime economies in the aftermath of war’ seeks to better understand the historical context and political economy that has shaped the emergence of illicit drug economies, their persistence during wartime and how they have affected and been affected by transitions out of large-scale violence. The project intends to shine a light on the role of the borderlands as critical vectors of change in the transition of war economies, and to amplify the voices and perspectives of borderland populations that have ignored and marginalised in debates on drugs, development and post war transition.