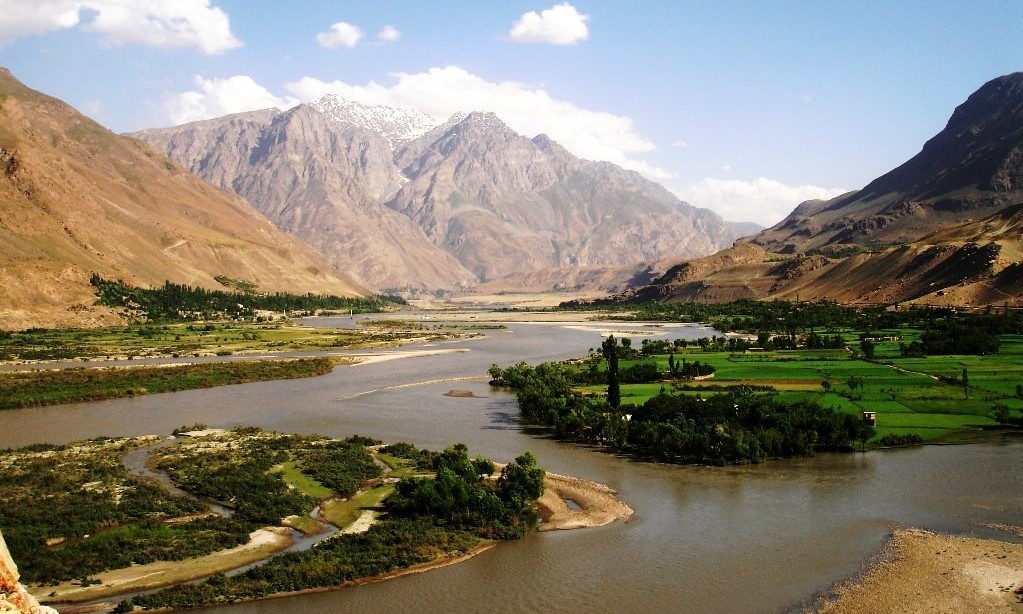 This particular journey to the remote Afghan village in Shughnan district on the Tajik border would lead me to a rare glimpse into the intricacies of political struggles in the borderlands, and how they reveal a complex and contested relationship between the peripheries and the centre that is often overlooked.

It was 2014 and our last evening conducing field research. Filippo and I sat down with the chief of border police and the manager of a big aid programme, who was also an influential local and fixer.

We were tired; it had been a hard day of interviews, and we were starting to look forward to spending the next night across the border where there were hot showers and internet access.

I didn’t expect much from the interview, even though I knew the police chief had interesting stories to tell. He was a former mujihadeen commander, who had lived through turbulent times in the border area and, exceptionally, had managed to stay alive and keep his position.

I’d interviewed him five years before on my last trip to Shughnan. But unsurprisingly he wasn’t very forthcoming to me, a foreign researcher, about his past or the political dynamics surrounding the drugs trade that was so central to the local economy and was the subject of my research.

We sat down to the usual green tea, introductions and small talk.  The police chief immediately seemed more relaxed than last time – he was in the house of a friend, which helped, but he clearly also ‘clicked’ with Filippo, a warm and gregarious Italian, who gently prompted him to talk about his stories of the war and what life had been like in Shughnan at that time.

The conversation continued in a strange mixture of Russian, Dari and the occasional English, over a huge meal of rice and chicken, with the commander becoming ever more animated and loquacious.  I knew this wasn’t going to be a normal evening when the vodka came out – an unprecedented experience for me in Afghanistan.

We were in one of the key smuggling bazaars on the northern Badakhshan border, with drugs and cigarettes going northwards and crates of vodka and consumer goods coming the other way. But it was still a shock to see our host open the bottle and pour very generous quantities of what I assumed was poor quality Russian vodka into our glasses.

This is when the talk really began.

We turned to recent events – the outbreak of conflict the year before in Khorog, the town across the river Panj (that demarcated the border) when government troops from Dushanbe were pushed back by local commanders after heavy fighting and many casualties. And on this side of the border, the growing presence of the Taliban in Badakhshan, which was making travel to the provincial capital, Faizabad, more precarious.

Our host and the commander were both Ismailis, a community that spanned the border but that were being increasingly threatened from two directions: on the one side by the Tajik government that was trying to establish direct control over the border (and the lucrative drug smuggling networks), and on the other side by both the Taliban, who were focused on extending their physical presence and control of key strategic sites in the province, and the Afghan government whose administration was dominated by Sunni Pashtuns and Tajiks.

So, the conversation revolved around how Ismailis were reacting to these events, and how they were attempting to fight back by strengthening their positions in the local administration, including the key posts like the head of border police, district police chiefs, the district head and so forth.

The discussion became ever more byzantine and bewildering as the names of key commanders, sub-commanders, local militias leaders, drug traffickers and members of parliament were reeled off, the relationships between them explained, and the ripple affects of the violence of 2012, in relation to local, provincial and national political settlements, were described.

By the second bottle of vodka, I was starting to lose the thread.  Filippo impressively appeared to be still in the game and following the intricacies of competing, mutating drugs and political networks that emanated from Moscow, Dushanbe and Kabul and converged at the border.

The next morning, I awoke feeling the effects of the Vodka. But as this lifted on the journey back across the border bridge and the short drive into Khorog, Filippo and I reflected on the experience of this last meeting in Shughnan.

In some respects, it confirmed things that we knew or had long suspected. The unstable and churning politics of the borderlands. The central role played by the drug economy in the cementing or unravelling of political settlements. The strong connections between the border areas and provincial and national capitals, as well as the intricate networks and relationships that spanned the border. The way that different scales seem to collapse or collide at the border – how Ismailis were acting and organising locally, whilst also thinking and strategising nationally and globally  in relation to their political, religious and economic networks.

What was really unusual about this ‘interview’, in my experience at least, however, was the willingness to name names and to talk about events and processes that were normally avoided or referred to in euphemisms.

Of course, Filippo and I knew that this version of events was highly edited. Even so, it was as though a window had been opened up to a world that we knew existed, but had only been seen in transitory glimpses or in very blurred focus.

It’s not a new insight to say that interesting things happen in borderlands. And in recent years there has been a renaissance of borderlands studies including many fascinating ethnographies and histories of border regions.

But there is a tendency in much of this work to romanticise the borderlands as places of resistance, or non-state spaces – partly in order to challenge state-centric analytical approaches. In so doing, they tend to reify the division between ‘centre’ and ‘periphery’, rather than creating a clearer relational understanding of how the two are mutually constituted.

This for me was the bigger point that came out of our conversation with the commander-turned-police chief: an historically remote, resource-poor borderland had become a site of struggle that had sucked in surrounding powers.

It was marginal geographically, yet it was anything but marginal in terms of its political economy. The drugs economy had exerted a gravitational-pull on political elites in Kabul and Dushanbe, and the borderlands had become a centre of accumulation and of political struggle.

Furthermore, from this and subsequent conversations it appeared that state elites on both sides of the border, rather than trying to make the border zone more legible and governable, sought to maintain a degree of illegibility and illegality.

In a sense this was its comparative advantage – the border region was the equivalent of a ‘special economic zone’ that enabled rapid accumulation and the investment of profits in the property markets of Kabul, Dushanbe, Dubai and further afield.

Rather than seeing state building as the steady diffusion of power outwards from the centre to the periphery, flowing through the bureaucratic and hierarchical structures of the state, we see a more contested oscillation of power backwards and forwards between a complex assemblage of institutions and actors located at the centre and periphery.

The margins are not just reflective of power relations at the centre, but play a role in constituting or co-producing power relations and political settlements at the national level.  Therefore, studying the margins may tell us very important things about the centre; or to put it another way the character of the whole is shown sharply by attention to the edge.

And so, peripheries are interesting places in their own right, yes, but they also a privileged vantage point for understanding power relations at the centre, and how these power relations are at least in part constituted by what’s going on in the periphery.