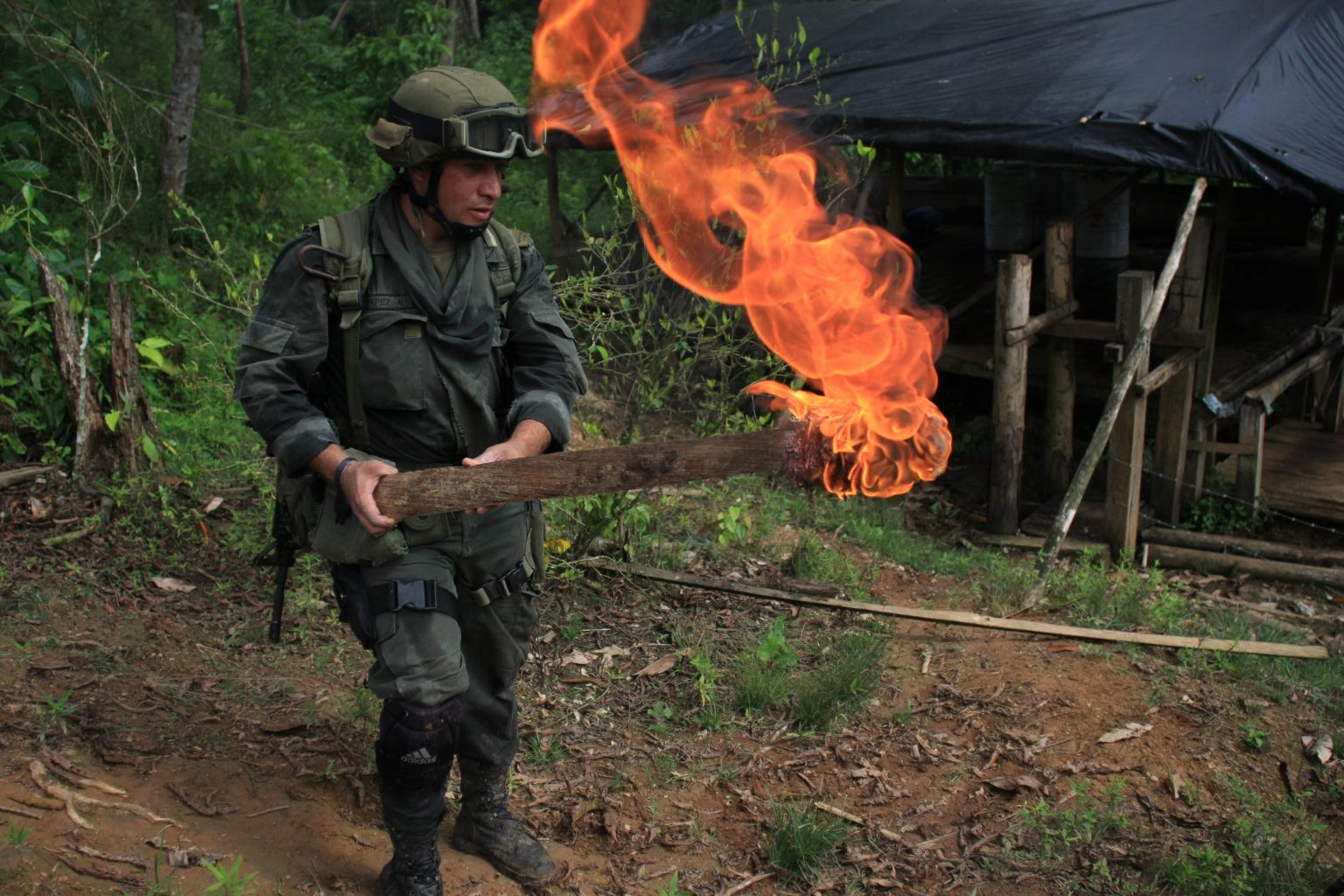 Colombia’s national illicit crop substitution programme (Programa Nacional Integral de Sustitución de Cultivos de Uso Ilícito – PNIS) has been one of the main instruments in the battle to reduce illicit coca production, since the signing of the Peace Agreement in 2016. But the programme has been fraught with difficulties, in part due to non-compliance by the Government.

Yet a recent survey of coca farmers enrolled in the programme in Tumaco and Puerto Asís (two of Colombia’s largest coca producing municipalities) found that they are still largely committed to and optimistic about the programme. This tells us that there is still time to adjust the policy and make it work.

But this window of opportunity won’t last forever. Adjustments to the policy will need to: address government non-compliance; improve information flows between the state and participants; and importantly, include the opinions, perspectives and experiences of the coca farmers who have for too long been dismissed in these policy debates.

A survey of coca farmers was carried out by the Institute of Politics and International Relations at the Universidad Nacional de Colombia, as part of the Global Challenges Research Fund-project Drugs & (dis)order, and its key findings were:

Coca growing families are not criminals: it’s time to change the narrative

The most common narratives about coca farmers are that they are either desperately poor, with no option other than farming coca to survive, or that they are extremely rich narcotraffickers.

The survey results don’t fit these stereotypes. They show that the typical coca grower has an income just slightly above the average income of the dispersed rural sector, but in no way could be considered rich.

It is precisely this slight but sustained increase in income that incentivises farmers to grow coca. As one coca grower said, ‘coca is for us what a company’s salary is for you.’

And far from spending their income on flashy material goods, we found that coca producing families invest their money in four things: education for their children, land, cars and housing – the same as many Colombian families.

So, coca farmers do not spend their money as criminals. Nor do they live in the shadows like criminals. Coca growers are very active participants in the social life of their communities.

However, despite living like other Colombian families in many respects, coca growing families are different in some fundamental ways.

First, they have significantly less access to public goods and services. The survey data shows us that less than 3{83ecf5b61c3deac6f8cdad8e1c8bee36d10ac3107192903d905d6fe2d4e88cad} of respondents have formal access to drinking water, sewage, gas and internet. That is well below the average of rural Colombian households according to the National Agricultural Census.

Second, they have much higher exposure to violence. Overwhelmingly, the majority of coca producers who participated in the study said that coca was associated with increased violence in their region.

Government non-compliance with PNIS is a big issue, as is lack of information

When asked about PNIS, most survey respondents spoke positively about the treatment they had received from programme officials – both from the Crop substitution Directorate and the United Nations Office for Drugs and Crime.

However, when talking about the government’s fulfilment of their commitments, well let’s just say that the responses were not positive at all!

Government failure to comply was without doubt the biggest difficulty that participants had with the programme.

The survey also suggests that there is an information and communication problem when it comes to PNIS. Most of the respondents received information about the programme from social organisations, not state agencies.

Alarmingly, less than 20{83ecf5b61c3deac6f8cdad8e1c8bee36d10ac3107192903d905d6fe2d4e88cad} of respondents actually have a copy of the signed contract between them and the government. A small proportion of those enrolled in the programme have documentation explaining the commitments of both parties.

Farmers are still optimistic: a unique opportunity that the government can’t ignore

In spite of Government non-compliance and contradictory signals (last year president Duque said he would not enable more registrations due to a shortage of resources) more than 60{83ecf5b61c3deac6f8cdad8e1c8bee36d10ac3107192903d905d6fe2d4e88cad} of respondents believe that the state will comply with what it agreed.

As the future of PNIS is being debated in Colombia, we hope that this study will be used by policymakers to inform their decisions. The voices, perspectives and experiences of coca farmers are sadly not listened to, and this is a mistake.

This blog is adapted from an article published by the author in El Espectador on 16 August 2019. The full survey results will be published shortly, and a link provided here.