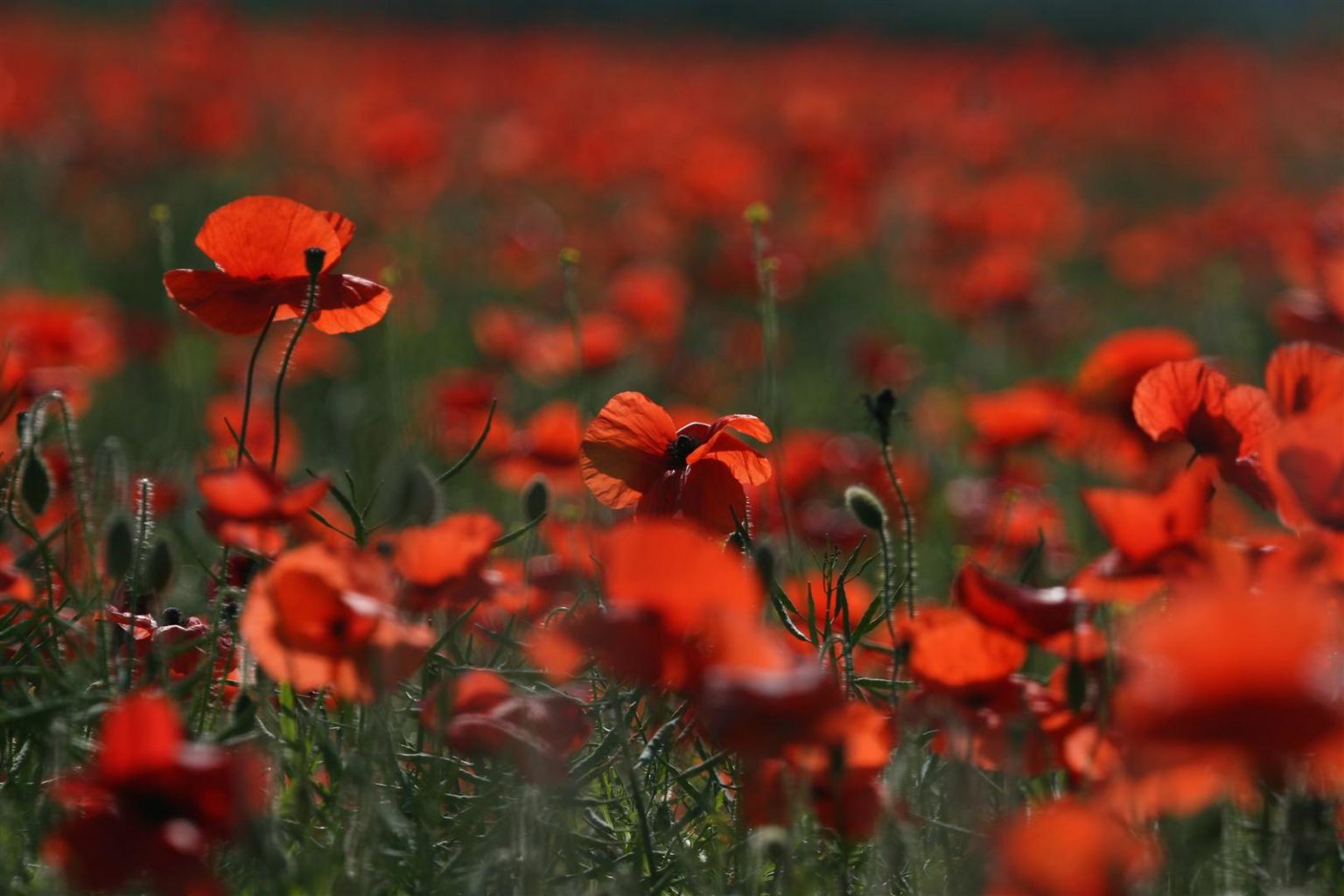 Debates on drugs are often extremely parochial and ahistorical, yet our research is showing that historical and comparative perspectives are essential to better understand and engage more effectively with illicit drug economies.

Opium is a commodity that was deeply implicated in the growth and consolidation of empire and the extension of international trade, and a catalyst for the development of European and Asian capitalism. Two books provide different but fascinating insights into the historical role of opium, capturing important themes that are relevant to understanding illicit economies today.

In his superb book Opium, Empire and Global Political Economy, Trocki (1999) persuasively argues that the ‘super profits’ that came from monopolising the long-distance opium trade were of central importance to the development of European and Asian capitalism.

In the nineteenth century, opium produced in British ruled India was transported to China. This became the world’s largest market, to the extent that by 1900 there were estimated to be 13.5 million opium users in China (see McCoy’s 1971 book The Politics of Heroin in Southeast Asia).

The opium trade prepared the ground for capitalism by creating mass markets. For European merchants, opium created their first major accumulations of capital. And many British merchant houses, banks and insurance companies that had their roots in Asian trade, all had a start in opium.

The opium trade transformed agrarian relations in the eastern Indian state Bihar, the main site of large-scale production for the Chinese market. Even in years of famine, farmers were often made to give up their grain cultivation in favour of producing the drug. To produce a 1.6 kg. ball of raw opium required 387 man-hours, underlining the value of peasant labour in the opium industry in the 18th and early 19th centuries, as emphasised by Trocki:

‘Realising that the Chinese market had become far more elastic than they had previously imagined, the government decided to increase production in order to meet competition from foreign and Malwa opium. And rather than attempt to restrict the supply and maintain the price, they adopted the opposite strategy: producing as much as possible and hoping to drive the competition out of business by running down the price. Despite the usual blandishments about native welfare, increasing blocks of land were brought under opium cultivation, particularly in Bihar state, and more peasants were dragooned into the business of poppy cultivation.’

There are many other links between labour, opium and colonial regimes of power. For instance, European colonies all faced the same labour shortage and many turned to the same solution. Europeans facilitated the provision of opium to ethnic Chinese and indigenous Southeast Asians, usually in modest quantities – for example Chinese labourers, many of whom were fleeing internal crises within China at the time, could be induced to work long hours at physically demanding jobs in medically challenging environments for low pay.

Opium also produced revenue crucial for the functioning and growth of the colonial state and its infrastructure. In Singapore, government-granted monopolies over the retail sale of opium brought in approximately half of the state revenue from the mid nineteenth century to the first decade of the twentieth century.

Whilst the lion’s share of the profits was made by European capitalists, opium also contributed to the emergence of a new Asian capitalist class. In China for example, Trocki points to the catalytic role played by opium in the commercialisation of agriculture and the creation of new sources of capital accumulation and new indigenous owners of capital. Other research also points to the role of local merchants and indigenous entrepreneurs in developing new markets as a response to the opportunities created by European trading.

Therefore, the imperial system in South and Southeast Asia rested on opium.  Colonial labour markets and state budgets would not have functioned without it. Southeast Asian nationalists in the 1920s came to believe that part of their struggle to gain independence was also to end the legal sale of opium. Colonial rule and opium consumption were seen to be entwined, and newly independent states were relatively successful in prohibiting opium during the early years.

Amitav Ghosh’s novel Sea of Poppies (2008) provides a very different, but equally arresting set of insights about the opium trade.

The book’s origins go back to Ghosh’s interest in why Bihar became such an important source of indentured labour in the nineteenth century and what drove this population to take the risk of crossing the ‘black water’ to make a new life elsewhere.

He made the link between the rise of a monoculture in opium and the creation of indentured labour force, as peasant farmers became indebted first to the East India Company and then to other private companies once the East India companies’ monopoly ended.

The novel which emerged from this discovery unfolds in north India and the Bay of Bengal in 1838, on the eve of the British attack on the Chinese ports known as the first opium war. He dramatises two great economic themes of the 19th century: the cultivation of opium as a cash crop in Bengal and Bihar for the Chinese market, and the transport of Indian indentured workers to cut sugar canes for the British on islands such as Mauritius, Fiji and Trinidad.

The novel begins in the fertile farms of the Ganges blooming with poppies, and with Deeti, the wife (but soon to be widow) of an addicted husband, who works at the British opium factory at Ghazipur.  The book (the first in Ghosh’s ‘Ibis triologu’) ends with her on an old converted slaving ship, the Ibis, taking indentured labourers to Mauritius.

As Ghosh writes, the official version of history glosses over the time when Britain was the ‘world’s biggest drugs pusher.’ One of the most arresting scenes in the book is his description of Deeti’s visit to the great Sudder opium factory at Ghazipur.

Deeti rushes in terror through every single shed of the factory in search of her dying husband. Poppy flowers, sap and trash are processed before Deeti’s terrified village eyes. She is affronted by the smell, ‘hot and fetid, like that of a closed kitchen.’ The smell was not of spices and oil, but of liquid opium mixed with the ‘dull stench of sweat’ and then the sight of ‘dark legless torsos,’ who turn out to be ‘bare-bodied men, sunk waist-deep in tanks of opium, tramping round and round … as slow as ants in honey, trampling, treading.’  The men, coloured dark as pitch, are urged on by white overseers ‘armed with fearsome instruments.’

In very different ways, these two books capture a number of the themes that we wish to explore in our research. Although the context and time period are different, the historical insights captured by these books are relevant to the contemporary dynamics of the drugs economies in fragile and conflict-affected states.  Both Trocki’s and Ghosh’s accounts highlight:

The interrelationship between, and inseparability of, violence and opium trade and production.

This includes structural violence (such as exploitative labour relations, the ‘slow violence’ of drug addiction, poverty induced migration) and direct physical violence (from the coercion of factory workers to the conduct of imperial wars).

Yet notwithstanding (and perhaps even because of) this violence, opium economies played a transformational role, both on peripheral rural economies (the creation of indentured labour, the commercialisation of agriculture, increased differentiation of the peasantry) as well as the metropolitan centres (growth of powerful of trading houses, tax base for colonial administration).

Therefore, although extremely violent and bound up with exploitative relationships, the opium economy had – often unexpectedly – long term developmental effects.

The transnational, or in fact global, dimensions of the drug economy.

This includes movement of people and commodities across huge distances.  European empires created the mercantile routes along which drugs (and other intoxicants) flowed. Sites of opium production, distribution and consumption spanned continents and empires.

Both of these books provide a ‘subaltern’ perspective – they seek to understand the opium economy from the perspectives of those living in the peripheries of empire, whilst at the same time not losing sight of the wider structures of power and sets of interests that drove this economy.

The transition to more licit forms of wealth creation enabled by wealth generated through opium.

Finally, what we might call processes of ‘graduation’ in which empires, countries, groups of people and individuals who had accumulated vast wealth as a result of the production and trade in opium, graduated into more ‘respectable’ forms of wealth creation (as with the American robber barons).

For example, historians have argued that money from the Chinese opium trade founded much of the modern US. Many of the antislavery schemes, hospitals, universities and railways that gave shape to nineteenth century America would not have been possible were it not for the drugs profits made in China.

Furthermore, counter narcotics policies and anti-opium discourses were and are frequently deployed to consolidate and legitimise earlier gains and unequal power relations. For example, some have argued that the US focus on controlling drug supply that still dominates today was in part born of a desire to undermine British power in Asia. Also, images of opium addicts as indolent, languid, feminised men, and opium dens as places of iniquity, created new justifications for a ‘civilising mission.’