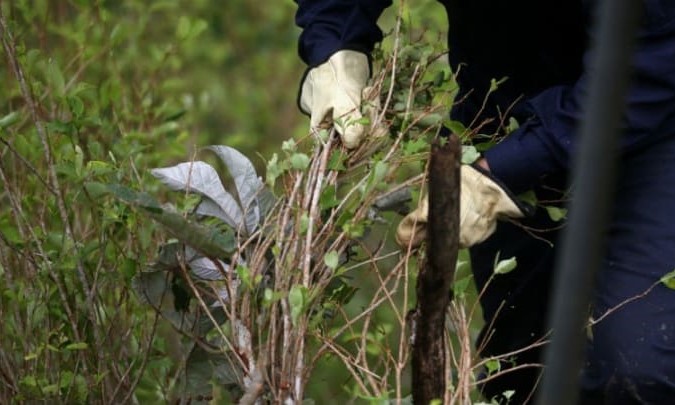 This article was first published by Devex on 3 March 2020. Read original article.

By 2030, 46{83ecf5b61c3deac6f8cdad8e1c8bee36d10ac3107192903d905d6fe2d4e88cad} of the world’s poorest will live in fragile and conflict-affected states. And many of today’s armed conflicts are fueled by illicit drug economies in borderland regions. Sadly, this week’s Fragility Forum 2020, organized by the World Bank, was postponed due to the COVID-19 outbreak and “its impact on people and health.”

However, while policymakers and practitioners won’t be meeting in person to exchange knowledge on engaging in fragile and conflict environments, there remains an urgent need for development leaders to rethink their approaches to illicit drugs.

1. Place a stronger focus on borderlands

Illicit economies and state fragility are often centered in borderland regions, which have a weak state presence and easy access to lucrative foreign markets. And it’s often assumed that once the guns fall silent, unruly borderland regions will leave illegality behind and become investment hubs for licit activities.

But in Afghanistan, Colombia, and Myanmar — three of the world’s biggest drug cultivators — production has continued to grow after the signing of cease-fire and peace agreements.

To promote sustainable war-to-peace transitions, development and peace-building actors need to move away from state-centered frameworks to support transformational change in these borderland regions.

This requires major shifts in dominant approaches to understanding and intervening in drug-affected borderlands.

Interveners need to adopt regional approaches to policy and programming; invest in data collection, monitoring, and evaluation that capture subnational and transnational processes; address the institutional silos that prevent more integrated approaches between drugs, development, and peace building; and develop mechanisms to consult with and listen to the voices of borderland communities.

Illicit economies cannot be tackled through a primary focus on the law and criminality, linked to short-term metrics of success such as interdiction figures, eradicating illicit crops, or stronger border regulation.

These interventions have perverse effects and have led to major costs in terms of development, conflict, and human security for borderland populations. At the same time, development agencies tend to treat drugs as a taboo subject, which is too sensitive for them to tackle.

There is a need for illicit drug economies to be treated as a long-term development issue. We need to address the structural conditions that create marginality, fragility, exclusion, and the consequent reliance of borderland communities on illicit economies.

Policies need to be more holistic and integrated and must be focused on tackling exclusion and spatial inequalities through integrated programs that address governance, security, rights, and inclusive development.

One example of what this might look like in practice is the integrated rural development programs implemented by the Thai government in the country’s opium-cultivating northern borderlands. These interventions contributed to the sharp decline of drug production in the 1990s, while at the same time supporting the broader development of the region.

It also means tackling the external drivers of exclusion linked to the ways that states and markets function in borderland regions and the role of external interveners.

3. Explicitly recognize and address the trade-offs

Illicit economies involve trade-offs at all levels. Our research in Colombia, for example, shows how coca farmers are able to see modest income increases that allow them to send children to school or invest in more land, but this comes at the price of risk and increased violence. Governments, too, confront complex dilemmas and trade-offs between short-term counternarcotic “achievements” and longer-term pro-poor development.

Notwithstanding the need for more integrated, holistic approaches, it does not follow that “all good things come together.” All interventions have distributional effects, and the costs, benefits, and trade-offs must be considered and made explicit in the design and implementation of interventions.

Ultimately, there is no simple, short-term solution to the problem of protracted illicit drug economies and no win-win solutions. The World Bank and other development actors that would be meeting today in Washington to discuss fragile states must grasp the nettle of illicit drugs. Counternarcotic policy dialogues must simultaneously support development and peace-building goals.

This starts with recognizing the tough-trade-offs. In many contexts, it may be more about managing and mitigating the effects of illicit economies and building the resilience of borderland communities. There is a need to invest in approaches that address the underlying causes of marginality and exclusion. And postwar peace dividends must reach down to borderland communities — otherwise, there will be no sustainable pathway out of conflict.