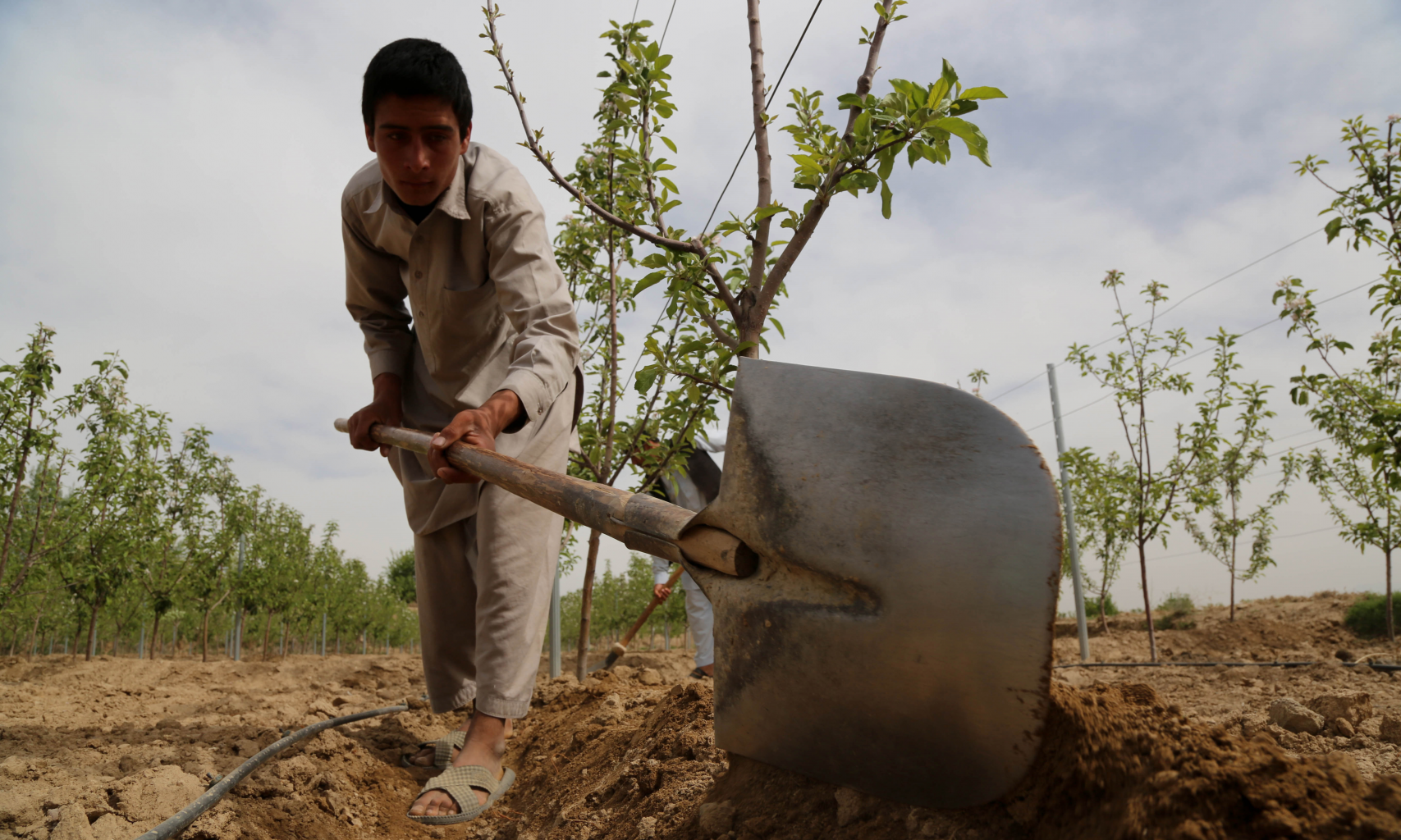 Counter-narcotic policy ambitions since 2001 to eliminate, or at least control, poppy production in the country have clearly failed.

Here, we summarise five findings from a recent national policy and actor analysis on drugs and development in Afghanistan that help us to understand this failure. We then propose what this might mean for those seeking to inform counter-narcotics policymaking and interventions in Afghanistan.

1. Counter-narcotics has treated the opium poppy economy as a criminal and security issue.

There’s little evidence of any ‘joined-up’ or integrationist agenda with peacebuilding or development. While there have been policies that took a broader view and sought, for example, to mainstream counter-narcotics into development programming, the evidence shows that eradication, alternative development and security issues have essentially been treated as discrete problems that can be addressed through technical interventions – including eradication, crop substitution or interdiction. And they have been singularly unsuccessful in achieving any of their objectives.

2. There has been a tyranny of urgency, with the opium poppy economy framed as an obstacle and route to disaster for Afghanistan.

The opening paragraph in the 2004 draft Securing Afghanistan’s Future report is unequivocal, using the metaphor of Afghanistan’s historical location on the crossroads of the silk route to describe its position in 2004 when it was faced with a choice: ‘One path leads to a prosperous, financially independent, western friendly moderate democracy, which operates a cultural bridge between Muslim and Western societies and in this way disproves the thesis around the clash of civilisation. The other path sees a descent back into a narco-mafia state, characterised by lawlessness and regional militia…

This sense of urgency has encouraged hard responses, notably in the form of eradication and interdiction activities that, because of the challenges of implementation, have been tactical as well as strategic failures.

3. Alternative development and eradication have been ineffective at best, counter-productive at worst.

4. There’s been a lack of coherence between the major counter-narcotics policy actors and between branches of government.

This is perhaps the most striking feature. In short, they have had different and over time conflicting strategic interests, and the Afghanistan government (divided as it has been) has not been in a position to lead and assert its interests.

It could be described as a classic failure of collective action in that a coherent policy around a recognised challenge failed to emerge. But it is also clear that different actors defined the policy problems in different ways and therefore there was no coherence around the possible solutions. It has to be said that the SIGAR’s 2018 report review in a remarkably frank way fully acknowledges this failure of the US effort.

Rodrik’s notion of the policy ‘trilemma’ (2011), in suggesting that all good things (economic integration, national sovereignty and democratisation) cannot come together at the same time in liberal statebuilding, provides a powerful analogy to draw on.

As Goodhand et al. (2020) have suggested, drugs control, peacebuilding and development offer an equivalent ‘trilemma’; and possibly only two of these goals might be achieved at the same time.

Moreover, the inability to prioritise, sequence and manage the trade-offs between achieving security, statebuilding, reducing opium poppy cultivation and supporting development, have meant that none of the goals of the reconstruction effort have in fact been achieved.

The first approach is using research and analysis to influence the key makers of drug policy at a global policy level. It assumes an evidence-based approach can change policy practice – speaking truth to power as it were.

That is not to say however, that wider testimony on the failure of counter-narcotics policy in Afghanistan is unimportant, and that different and better policy narratives could not be constructed.

The second approach is more engagement with policy and practice, using research and evidence to influence key players in the making and implementation of counter-narcotics policy, including government, donors and civil society.

Given the fractured and politicised landscape in Afghanistan at present, this is not without its challenges. But there may be opportunities in specific areas such as drug use and alternative development programming to engage in specific ways to influence or inform practice.

The third approach is engagement with policy and practice to affect social change in favour of those most marginalised by borderland illicit economies.

This would require engagement with peoples’ organisations and their representatives, as well as government, society and donors.

There are many ways in which this could be done. At one end, more broadly and in a deliberative manner contributing and influencing the public debate on key issues through appropriate media formats could be seen as one important avenue to pursue. At the other end, identifying and targeting key constituencies where there are opportunities to provide strategic support, is another approach.

This might imply a more activist agenda working, for example with borderland communities or their representatives who have been marginal in the opium policy debate, to engage with and advocate their interests. The identification of these constituencies and the opportunities that they might provide for engagement could be the starting point for national-level engagement strategy on counter-narcotics issues.