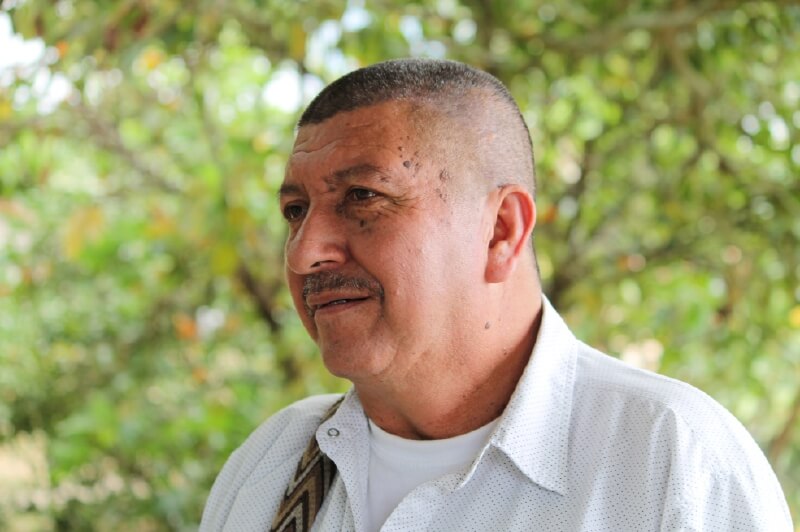 More than 800 social leaders and human rights defenders have been murdered since the signing of the 2016 Peace Agreement between the Colombian Government and the FARC-EP – what was the country’s oldest and largest guerrilla group. This intimidation and assassination of Colombia’s social leaders has not ceased during the COVID-19 lockdown, as has been documented by journalists and organisations across the country.

Criminal gangs, neo-paramilitaries, members of the government forces, and armed insurgents (though it should be said that the ELN declared a unilateral ceasefire in response to the pandemic) are seemingly taking advantage of the national quarantine and public focus on COVID-19 to escalate attacks against those they view as adversaries or simply as inconvenient – in particular, social leaders.

Colombia’s ‘other pandemic’ is causing significant anxiety in Puerto Asís, a municipality in the Putumayo department and part of the country’s southern Amazon region, which has been severely affected by violent conflict linked to the cocaine economy and the War on Drugs, insurgency/counterinsurgency and commercial oil operations.

One of the first to be murdered amidst the COVID-19 mayhem was Marco Rivadeneira, a peasant leader, member of the National Agrarian Coordination, and spokesperson for the National Operative Committee of the Coordination Colombia-Europe-United States (CCEEU).

On 19 March, three armed men forcibly removed Marcos from a community meeting and shot him. He and other peasant farmers from Puerto Asís had been discussing proposals that were to be presented to the national Government as part of a roundtable dialogue on coca crop substitution in various rural subdistricts of the municipality.

The National Illicit Crop Substitution Programme (PNIS) was based on similar ideals. PNIS, and the 2016 Peace Agreement, of which PNIS is part, opened possibilities for positive transformations in Putumayo, which has long been affected by war and socio-economic exclusion.

Around 20,000 families in the department (2,800 in the municipality of Puerto Asís) put their faith in the Peace Accord and signed up to the illicit crop substitution programme, which implied eradicating the coca crops on which they depended for their livelihoods.

As has been widely documented in UNODC reports and studies by various organisations (El Observatorio de Tierras, FIP- Fundación Ideas Paz, Dejusticia), these peasant farmers kept their side of the agreement, eradicating thousands of hectares of coca.

Unfortunately, the Government has breached, or has yet to comply with, its side of the agreement. As a result, thousands of families have been left in the lurch, without a livelihood, waiting for the ‘productive projects’ that were supposed to substitute the coca incomes they forfeited in good faith.

Many other families who depend on coca cultivation were (for one reason or another) not included in the programme in the first place. The Government refused to re-open registration for them, preferring to subject them to militarised forced eradications. The police and army units in charge of destroying these families’ coca crops have been moving through Puerto Asís, often clashing with inhabitants attempting to defend their livelihoods. Eradication operations have been maintained since the COVID-19 crisis began, despite the obligatory national quarantine.

The Puerto Vega-Teteyé ‘corridor’ has been one of the epicentres of recent eradication conflicts. Marco, alongside other agrarian leaders, had been trying to mediate between the armed forces and the peasant farmers since mid-2019. They knew this was risky, given the presence of armed actors in the area. But Marco also knew that these clashes would lead to injuries (or even deaths) among the peasant farmers resisting the militarised eradication – as indeed happened.

So, he and the others persevered, insisting on the need for a negotiation roundtable to find solutions for the hundreds of families from this area of Puerto Asís who were not included in the PNIS. The aim was simple: to replace violence with dialogue.

The Government eventually agreed to dialogue. In August 2019, the Vice-Minister of Interior, a delegate of the Putumayo Governor and the Puerto Asís Mayor signed an agreement with representatives of the peasant farmers (under the supervision of a delegate from the Ombudsman’s Office, who would act as accompaniers) to initiate the process.

Following the signing of this agreement, Marco and his colleagues began visiting different sub-districts in the Puerto Vega-Teteyé area, meeting with communities and organising the collection of information (a ‘diagnostic survey’) required to construct locally-tailored rural development plans that would allow inhabitants to shift out of their dependence on coca cultivation.

Marco was murdered amidst those efforts. There are similar stories from across the country. Meanwhile, the Government insists on continuing with the same failed militarised counter-narcotics policies – flouting the peace agreement in this and many other ways – and doing little to protect social leaders working to address the illicit drug economy.

Just days before his murder, Marco and dozens of others who work tirelessly to improve the situation in their communities – despite facing serious risks – attended an event in which the Minister of Interior banalised the assassination of social leaders by emphasising that more people are killed by thieves for their mobile phones.

Only a few days ago, a human rights NGO received an anonymous tip about a plan to attack Jani Silva, a social leader of the Amazon Pearl Peasant Reserve Zone in Puerto Asís. Other social and community leaders from the area also expressed concern that security risks have increased in general since the COVID-19 crisis kicked off in Colombia – they too feel increasingly under threat.

What happened to Marco Rivadeneira, and the continued threats against others, points to the indolence with which the Colombian Government is addressing the intimidation and assassination of social leaders. These men and women are the country’s greatest allies in the search for peace and rural development, especially given their ability to mobilise the peasant population and their willingness to dialogue with State authorities. And yet the government treats them with disdain, failing to recognise all that is lost when one of their voices is silenced.

This pandemic, the intimidation and assassination of social leaders, deserves and requires the same level of government resolve as that provoked by the COVID-19.

This blog is adapted from an article published in El Espectador on 22 March 2020.