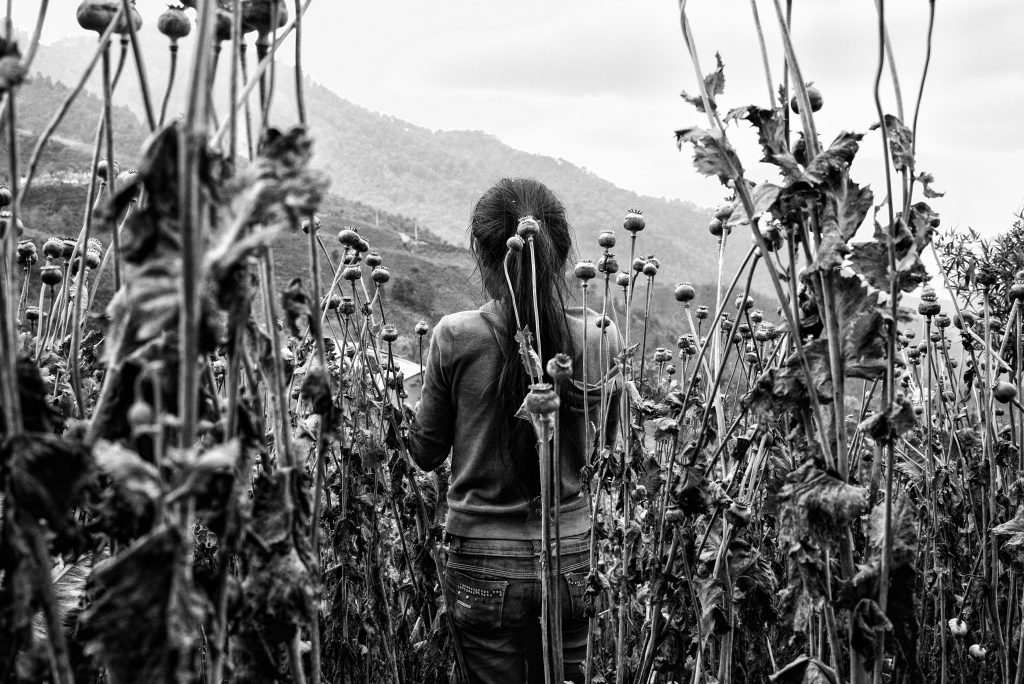 What links the recent deaths of America’s biggest rock stars Prince and Tom Petty, with an unprecedented economic crisis in rural Mexico? It’s probably not a question that many people have asked themselves. The answer is: a rise in the use of a synthetic opioid drug called fentanyl.

While this rise is having a devastating impact in the US and in rural poppy cultivating communities in Mexico, it could represent an unprecedented opportunity for the Mexican government to stop dependency on illegal crop cultivation in poor rural regions and to take back control from dangerous drug trafficking organisations.

In the US, the ‘fentanyl crisis’ is now killing more people than heroin

Fentanyl is around 30 to 50 times stronger than heroin. For many years, it was used in US hospitals but rarely found on the streets. From around 2014, illicit pharmaceutical manufacturers in Asia began to use the dark web to advertise fentanyl to US dealers as a profitable addition, or alternative, to heroin – and one that could be cheaply and easily shipped to US cities in the post.

Because of its potency, fentanyl is now involved in 60{83ecf5b61c3deac6f8cdad8e1c8bee36d10ac3107192903d905d6fe2d4e88cad} of US opioid deaths – including those of a host of high-profile celebrities. Synthetic opioid overdoses have risen from around 3,000 in 2013 to nearly 30,000 in 2017. Its use has become so prevalent that some quarters of the US press have rechristened the national opioid crisis, ‘the fentanyl crisis.’

As well as leaving a trail of dead consumers and fractured communities in the US, in Mexico, the rise in fentanyl use is destroying the livelihoods of some of the poorest and most marginalised communities that have long depended on the illicit opium poppy cultivation to supply the US heroin market.

When asked about the reason for this economic collapse, locals were adamant that the crisis was provoked by the gringos (people from the US) and a new synthetic drug. ‘They just don’t like heroin any more,’ they said.

Shocked by the scale and severity of this new crisis, we began to investigate the issue in more depth. And it soon became clear that the locals were right: the upsurge in the use of Asian fentanyl has caused US demand for Mexican heroin to fall sharply, which, in turn, massively depressed the price of raw opium in the Mexican countryside.

Our research shows that for the first time in history, illicit natural drugs have suddenly ceased to be profitable cash crops in Mexico.

Opium poppy cultivation has provided a lifeline to rural regions of Mexico since neoliberal reforms in the 1990s cut agricultural subsidiaries and reduced cross-border tariffs, driving down the price of locally-produced agricultural products.

In these borderland areas – which have some of the highest rates of poverty and social marginalisation in the country – opium production was all that sustained local economies, religious practices, and intra-community relations. It also stemmed out-migration to Mexican cities and the US.

This is causing serious secondary effects in municipalities where opium had been the main source of revenue for local people. Families are losing their sole source of income. And money flowing into the local economy has dried up almost completely.

As the Trump administration makes it ever more difficult for people to seek new opportunities as migrant labourers in the US (an option that has long constituted a safety net for rural Mexicans), many former opium producers are instead fleeing to Mexican cities,  where uncontrolled rural-to-urban migration has long been tied to social breakdown and rising violence. Others are left with no choice but to work directly for Mexican drug trafficking organisations.

While the prognosis is bad, the current opium crisis may also provide an unprecedented opportunity

The opium crisis could be a chance to move poorer regions of rural Mexico away from their dependency on illegal crops, and, in so doing, wrest control of these areas from drug trafficking organisations.

Farmers now receiving pitiful returns from illicit opium production are more likely to turn to the safer rewards offered by two ideas that have been floating around for years: crop substitution programmes, and the legalisation and regulation of opium production for medical use.

Neither of these should be conceived of as ‘silver bullet’ solutions. Mexico’s capacity for opium production still greatly exceeds the country’s demand for legitimate medical use. And crop substitution programmes are often expensive and complicated by practical problems such as a lack of infrastructure.

But with sufficient political will, financial investment, and serious consultation with local communities on issues such as sustainability, market stability, transport, and soil-, altitude-, climate- and water-suitability, they could serve as important first steps in tying local farmers to licit international markets.

And in the process, loosening the grip of drug trafficking organisations on the country’s most marginalised drug producing regions that are geographically distant from the centres of power and have historically been neglected.

If successful, Mexico’s opium crisis could constitute a watershed in the government’s long-running efforts to integrate these regions into the country for good.

Nathaniel Morris is a research fellow at UCL, London, where he works on modern Mexican history, indigenous politics, and the Latin American drug trade (@morrisinmexico). This blog is based on research published by Noria, a Paris-based collective of academics, researchers and analysts, specialising in fieldwork-based investigations into internal conflicts, foreign policy and international migration. The research was carried out by Romain LeCour (@romainlecour), Nathaniel Morris and Benjamin T Smith (@benjamintsmith7).