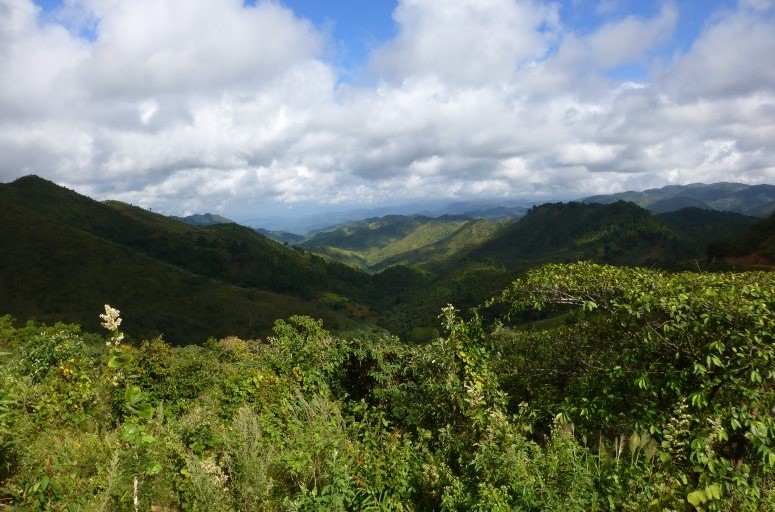 This post was first published by Christian Aid on 10 July 2019. Read original article.

Countries seek to grow their economies so that livelihoods, incomes and welfare services are secure and sustainable. But for countries beset by poverty and conflict, achieving this can be difficult. Instead, they often face serious economic crises.

In such situations, these countries usually turn to the lenders of last resort – the International Monetary Fund and the World Bank. In the 1980s, these lenders prescribed a standard solution, a formula called structural adjustment. In exchange for loans to prevent a country’s economy from collapse, it would need to commit to stabilise, liberalise and privatise; focus on trade and production; and democratise.

However, there is a country that for various historical reasons did not ‘get the memo’. For the moment, let’s call it Country X. As its currency was demonetised, inflation was at 30{83ecf5b61c3deac6f8cdad8e1c8bee36d10ac3107192903d905d6fe2d4e88cad} and bus fares tripled, the government declared martial law and enforced a bloody crackdown instead.

There wasn’t even a chance to ‘stabilise, liberalise and privatise’ because something much harsher was enforced: international economic sanctions. Country X was deprived of access to global markets, foreign direct investments, development aid and hard foreign currency as its economy teetered on the edge of collapse.

Yet, surprisingly, Country X did not go belly up, thanks largely to an unconventional route it adopted in desperation to tackle economic isolation and chronic conflict. Its military rulers tolerated a single cash crop to bring in revenues and revive the economy.

In a little over two decades, the economy was well enough that the military rulers called for elections, the first step needed to remove the painful sanctions and be considered again by the lenders of last resort. So where is Country X, and how did this happen?

Country X is a typical developing country with a ‘resource curse’. It has rich mineral areas, forests and fertile valleys but since independence these had become dangerous places where armed groups roamed, engaging in civil wars in which no side could win nor be defeated.

Much of the conflict was in the rugged, mountainous northeast, which historically was the poorest and most marginalised area because it couldn’t develop intensive agriculture, lacked water and had poor infrastructure for bringing harvests to markets before they spoiled.

But two crops were suited for the terrain and remoteness of this region – tea and a crop we’ll call Crop Z for now: a low-volume, long-lasting and high-value agricultural product. These gave highland communities the cash they needed to buy not only food, but also modern consumer goods – from cooking oil and sugar to pots and pans.

However, when the conflicts ignited, tea diminished in importance because it needed lots of land to grow. Crop Z, on the other hand, could be grown just about on any hillside, over a much shorter period, and with considerably less maintenance.

As the conflicts dragged on, armed groups were the only ones who had the means to move Crop Z to border crossings and the markets beyond. They got a 20–30{83ecf5b61c3deac6f8cdad8e1c8bee36d10ac3107192903d905d6fe2d4e88cad} commission for every kilo they delivered to buyers at the border.

Curiously, while there was intense fighting over territory and political causes, very little actual violence was triggered by the trading of Crop Z itself.

The evolution of Crop Z

Over time, the armed traders thought of ways to make deliveries less burdensome. By processing raw Crop Z into semi-processed product No.1, volume was reduced by 90{83ecf5b61c3deac6f8cdad8e1c8bee36d10ac3107192903d905d6fe2d4e88cad}. As such, they invested in backyard processing, which also meant giving jobs to hired hands, mostly refugees displaced by the conflict.

Additional processing led to product No.2. As the processing expanded, the added profits shifted to the local producers and primary traders.

Still the wars raged, and so did Crop Z cultivation and processing, allowing a lifeline to poor households unable to escape the conflict.

It then turned out that the armed traders could produce Crop Z’s finished product themselves – like selling flour, rather than just wheat. And so, with the profits they were making, they invested further in processing and refining, and started making products No. 3 and No. 4.

As the enterprise expanded, tools and equipment, like electricity generators and water pumps, proliferated. Roads were maintained. Loans were made available to growers who were too poor to qualify for credit through normal channels. Soon, more migrants looking for work turned up.

As cash flowed in, the new-found purchasing power sustained demand for food and other products that made lowland economies more viable. A ‘trickle-up’ effect emerged. Most importantly, the violence calmed down and ceasefires were agreed.

According to one study, by 1995 Crop Z was pumping more than half a billion US dollars each year into the economy, an amount bigger than the government’s tax revenues. Over the next two decades, banks and various companies sprouted, capitalised by Crop Z profits. One ex-militia leader and Crop Z trader, who died in July 2013 as a tycoon, had obituaries written about him in major publications around the world.

The Economist called him ‘a pillar of the economy.’

That’s because Country X is Myanmar, and Crop Z is opium. Products No.1 and 2 are the morphine base and heroin base, respectively, while products No.3 and No.4 are brown and white heroin.

I am not suggesting that illicit crops are a solution. Crop Z could be another crop, like bananas or sugar, and have the same impact – as long as its production distributes income, provides credit, pays for public services and re-invests profits back into the local economy. So, what I am explaining is the difference between structural adjustment and structural economic transformation – and pondering what we can learn from this.

Myanmar did not ‘stabilise, liberalise and privatise’, and achieved some economic transformation by following a different route. Its story shows that illicit economies, while often sustained by violence and coercion, can also be a source of order and contribute to income and employment growth, especially in conflict-affected areas.

This challenges the dominant narrative that drug economies are only a law enforcement problem, with no developmental impacts, implying that we need to think hard about policy and practice around illicit economies. This seems to be the lesson that can be taken away from this curious case study.

For more on challenging the narrative on illicit crops and development, read our new report Peace, illicit drugs and the SDGs: a development gap.